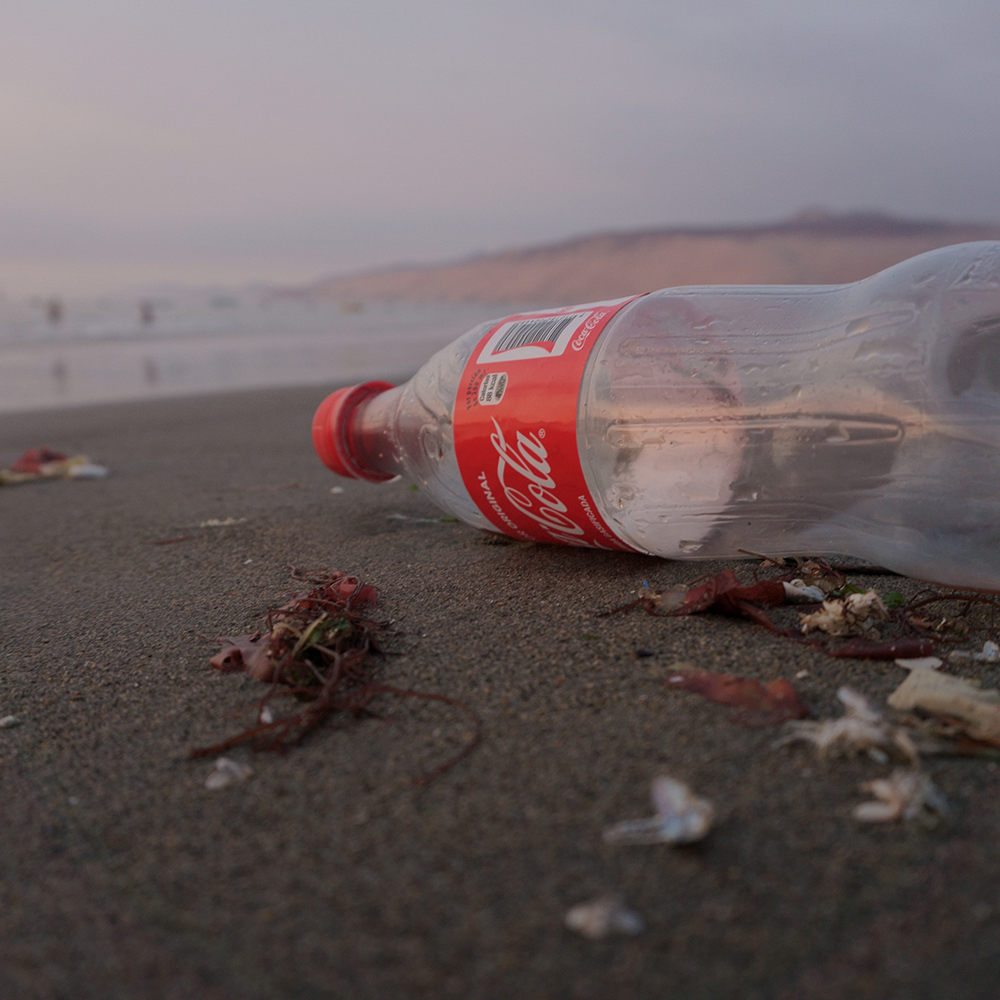 Plastic pollution has become one of the most critical environmental issues, as rapidly increasing production of disposable plastic products overwhelms the world’s ability to deal with them.

Plastic pollution is most evident in developing Asian and African nations, where garbage collection systems are typically inefficient or non-existent. But the developed world, especially in countries with lower recycling rates, also has trouble properly collecting discarded plastics.

Coca-Cola is the biggest producer of plastic waste. The global drinks company produces around 200,000 bottles every minute, equating to around three million tonnes of plastic packaging a year. Due to its extensive plastic production, Coca-Cola has regularly been reported as the world’s worst plastic polluting company.

However, it seems that the drinks giant is finally starting to recognise its contribution to plastic pollution and is beginning to trial new methods of reducing the plastic it uses for its products. Despite its refusal to stop producing single-use plastic bottles back in February last year, the firm did pledge to recycle as many plastic bottles as it uses, while producing zero waste, by 2030.

More recently, Coca-Cola has announced that it is conducting a small trial of new paper-based bottles which could significantly reduce the amount of waste the firm produces if widely adopted.

Coca-Cola’s new paper-based bottles have a strong paper exterior shell, a plastic cap and a thin plastic lining made from recycled polyethylene terephthalate (PET) and are currently being trialled in Hungary for a Coca-Cola company product called “AdeZ”. Coca-Cola’s ultimate goal is to develop a bottle without the plastic liner that can be recycled as paper.

The new paper bottle prototype is being developed as part of a partnership between Coca‑Cola and The Paper Bottle Company (Paboco), a Danish startup working in cooperation with brewer Carlsberg, beauty product company L’Oréal and spirit producer Absolut.

The Future of Coca-Cola’s Plastic Production

In December 2020, the Coca-Cola company was named the world’s worst plastic polluter for a third year in a row by campaigning group Break Free From Plastic, who found that of all the plastic waste discovered on beaches, rivers, parks and communities across the globe, Coca-Cola bottles were by far the most prevalent.

However, last week Coca-Cola announced that 100 percent recycled plastic bottles were being rolled out in some parts of the United States. This coupled with its commitment to finding alternative vessels for its drinks bottles and the company’s commitment to using 100 percent recycled plastic within the next 9 years shows that it is at least thinking about the damage it is doing to the environment.

Global Office Supplies is on a mission to help companies go green. We can help you reduce your impact on the environment by supplying green office supplies, print management and recycling services.

Tags: Save the Ocean, Eco-Friendly Office
Back to Blog

Plastic pollution has been a growing issue for decades. An estimated 381 million tons of waste...
Read More

Plastic pollution has become one of the most pressing environmental issues, as rapidly increasing...
Read More